Akinyemi: #EndSARS Protests Will Return In 2 Weeks, If Issues Are Not Addressed

Nigeria’s Vice President, Yemi Osinbajo, has apologized to Nigerians and also admitted and faulted the Federal Government for not moving faster in addressing the demands of Nigerians calling for a total ban of the Special Anti-Robbery Squad, SARS unit of the police.

Isinbajo, in a series of tweets on Friday night, said he knows many Nigerians are angry, and that their anger was justified.

He said he understands the feeling of many young people in the country, noting that many feel that the government has been too silent and has simply not done enough, adding that the feelings of frustration are justified.

Osinbajo noted that far too many people have been brutalized by the police, saying that this is unacceptable.

The VP said that it was the responsibility of the government to protect young people, even from those who are paid to protect them.NEWS:  End SARS: Protesters hold Juma’t prayer on expressway as CSO’s join agitations against Police brutality [Photos]

The Vice President noted that the nationwide protests goes beyond agitations about SARS, adding that the government has undertaken comprehensive measures that will revamp the police by addressing issues of welfare, service conditions, and training. 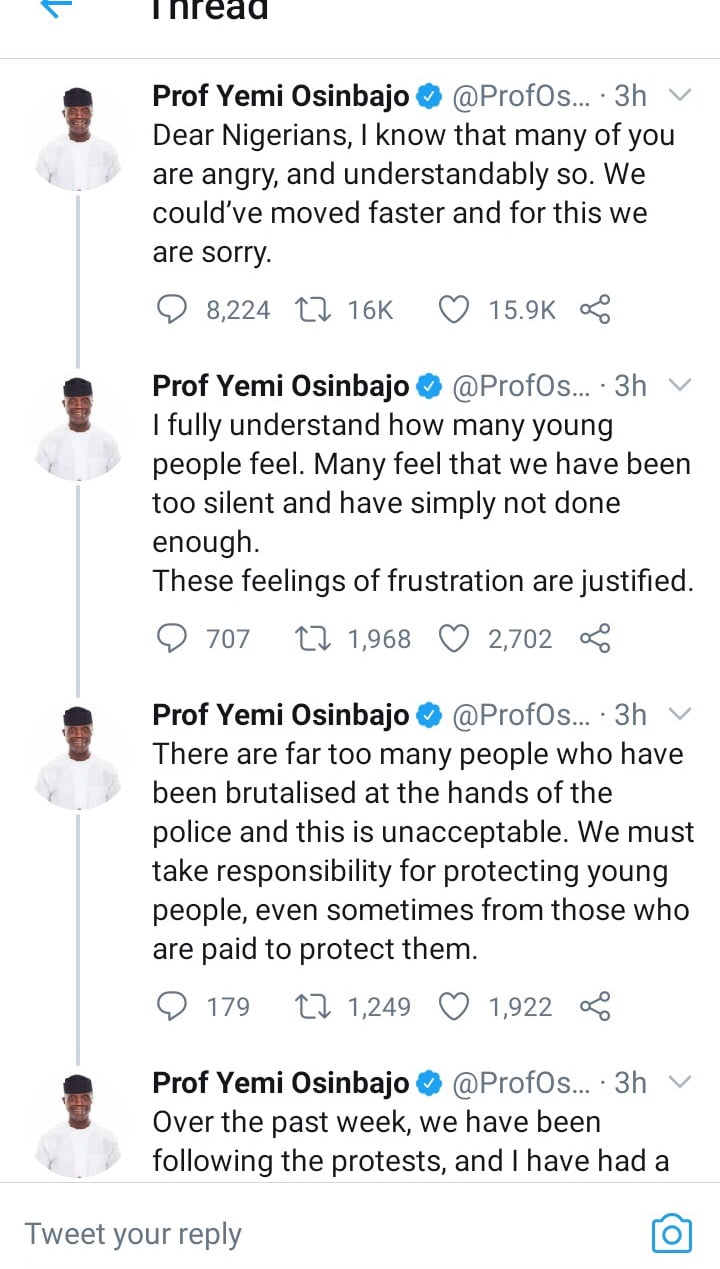 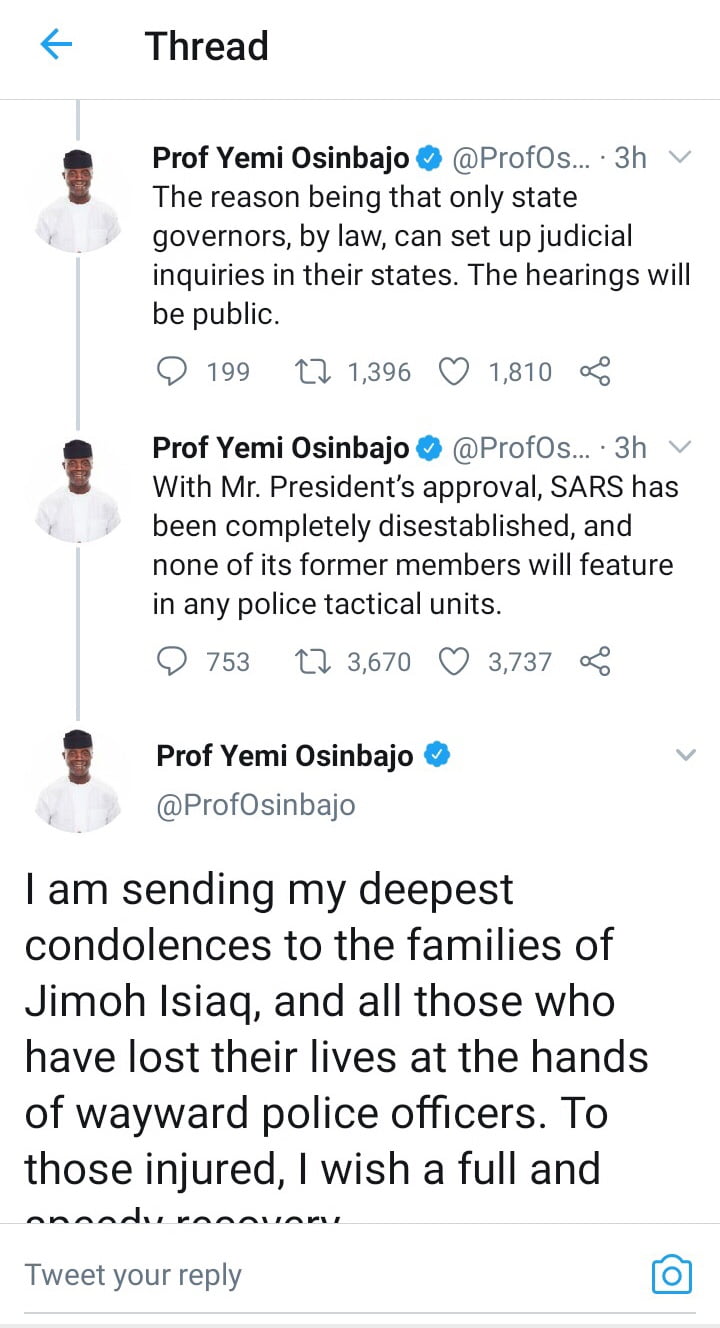 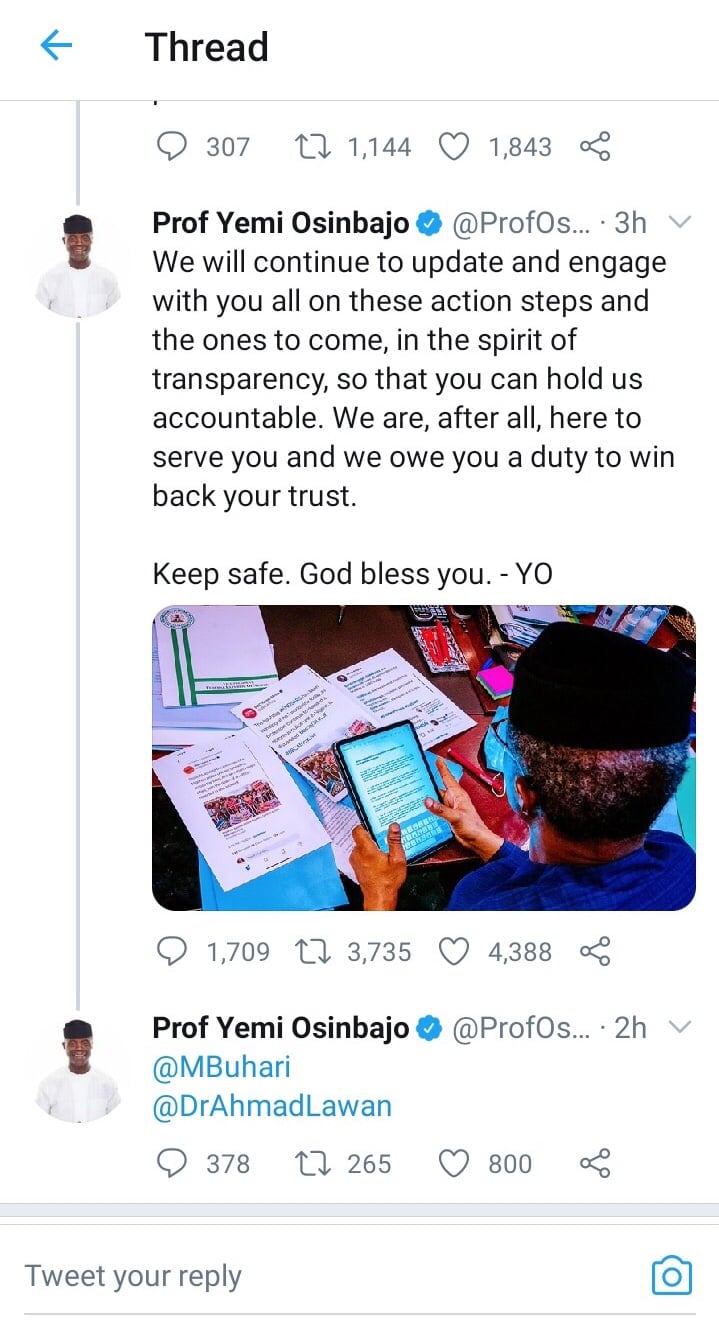 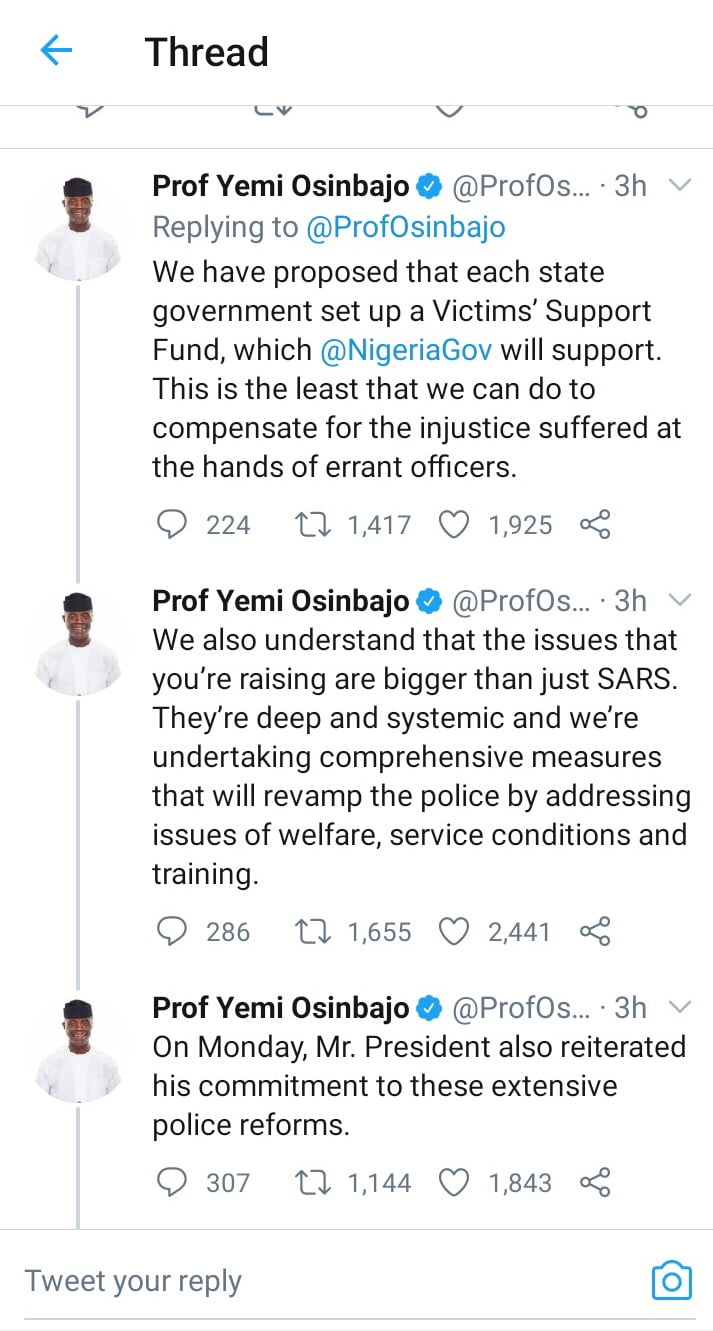 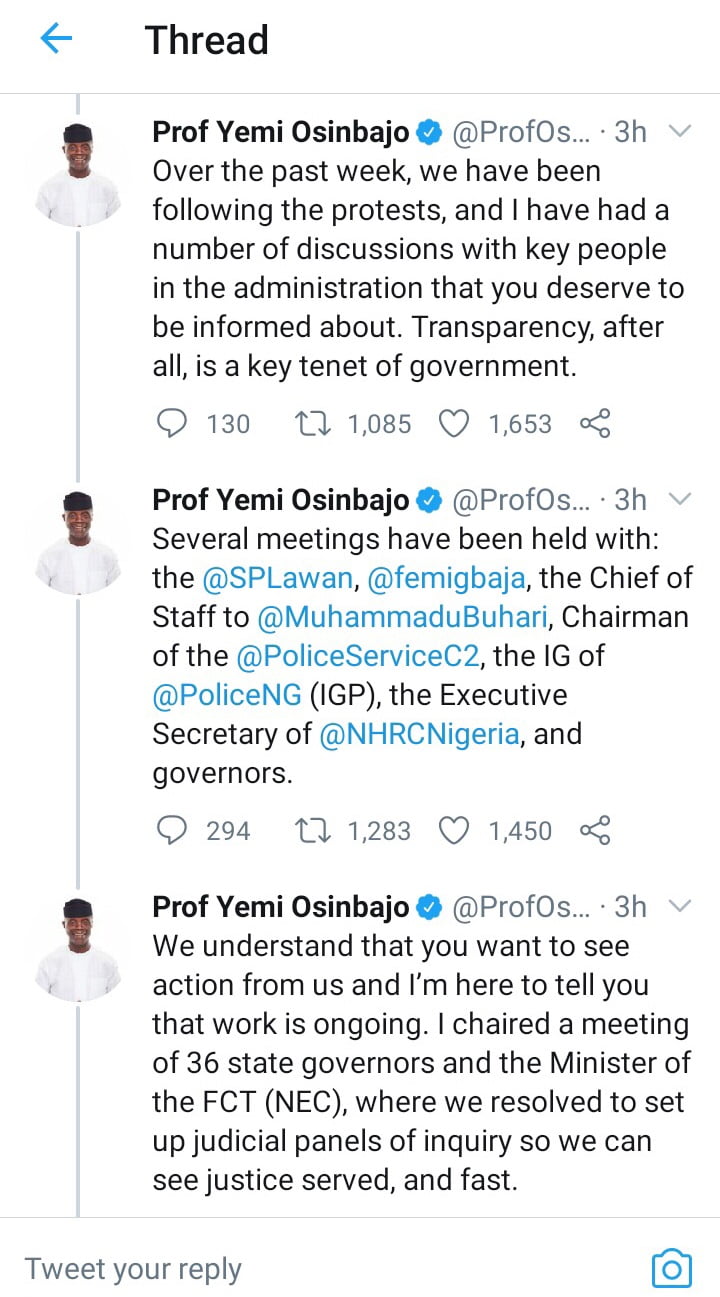 Minister of Information and Culture, Lai Mohammed, says his only regret serving as a minister …